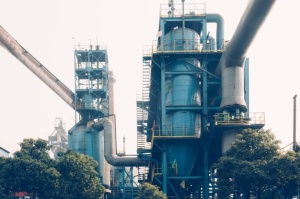 As a Fortune 500 company traded on the New York Stock Exchange, Devon Energy aims to create value for shareholders. The company also incorporates safe and environmentally sound practices to protect employees, contractors, and suppliers, while also preserving the land it manages.

Mekusukey presides over an extensive portfolio of mineral interests, as well as gas and oil interests, that are acquired and managed by the company, as opposed to sold for profit. These interests includes 100,000 net mineral acres across 2.3 million gross acres in 25 states. In the oil and gas industry, net mineral acres is a term used to describe the total acreage controlled by the mineral owner compared to total gross acres comprising a specific tract of land. For instance, an individual or company entitled to 50 percent of the mineral interests mined from a 200 acre tract of land would be in possession of 100 net mineral acres.

Understanding the productivity and viability of the net mineral acres making up a portfolio is crucial to the success of oil and gas industry operators. For example, a company’s monthly cash flow is based on net mineral acres, which may be only a fraction of the valuation on gross mineral acres for a property. Furthermore, net mineral acreage is closely related to depth rights, which dictate how deep or shallow an operator must go before they have legal ownership over discovered minerals.

The announcement of Mr. Ligon joining the Peter J. Solomon Company was initially made by chief executive officer Marc S. Cooper. Speaking in the fall of 2017, Mr. Cooper described the company’s new senior advisor as an experienced industry veteran, citing his work on countless corporate and advisory boards in both the non-profit or for-profit sectors, and as a longtime friend and partner to various members of the Peter J. Solomon energy group.

As senior advisor, Duke Ligon will be tasked primarily with furthering the investment banking advisory firm’s strategic advisory services, which have been developed specifically for the benefit of chief executive officers, members of senior management teams, and individuals in other business leadership and ownership positions.

According to a recent KBH report, the United States currently gets only 10 percent of its energy from renewable sources. Fossil fuels, which are the main driver of greenhouse gas emissions, still dominate our energy use. About 36 percent of US energy is derived from petroleum, 29 percent from natural gas, and 16 percent from coal. The last 9 percent comes from nuclear sources.